Rumors of an iPad mini have been circling for a while, but seem to have really picked up the last few weeks. While I'm not one for making predictions[1], there are certainly a couple of things I'd love to see on a smaller iPad.

Having 3G/LTE connectivity on a smaller iPad would probably satisfy the dream I've had of a 3G iPod touch since the first iOS iPods were introduced[2]. The most appealing part is the data plans currently offered with the iPad. Contract-free, month-to-month data plans are wonderful for the infrequent traveler. 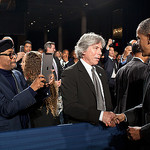 The front-facing camera has proven to be an important feature of my iPad 2. We frequently use FaceTime with family, and the device is light enough for my 21-month-old son to handle it while talking to his grandparents. The rear-facing camera, on the other hand, is completely superfluous for us. I hope they save the cost and skip the second camera, so we can stop looking silly taking pictures. [3]

My favorite feature of the iPad 2 is the battery life. It's absolutely wonderful. I've traveled a couple of times with the iPad, and confidently left the charger at home. It will be interesting to see if Apple can maintain the battery life of the current iPad, given the smaller area available for a battery on a mini device. 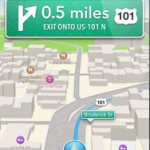 Apple has announced that iOS 6 will include turn-by-turn navigation, and an affordable iPad with 3G could mean a great dash-mounted device for the car. I've never been a fan of trying to use the iPhone to navigate unfamiliar cities, but having the option of leasing an iPad in a rental car could be a compelling use-case. If you extrapolate a bit more, a cheaper iPad could be interesting for a lot of single-purpose or kiosk-type appliances.

Do Not Want: Colors 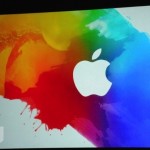 I don't want to see more colors. I'm surprised this hasn't happened yet, given the precedent set by the classic-style iPods, and I'd be surprised if it didn't happen at some point. It's unlikely that lack of color selection has been a barrier for people trying to decide whether or not to buy an iPad. Still, Apple has a history of bringing colors to products, and their latest iPad event featured very colorful artwork.[4]

What would you like to see in a smaller iPad? Reply to me on Twitter and let me know.