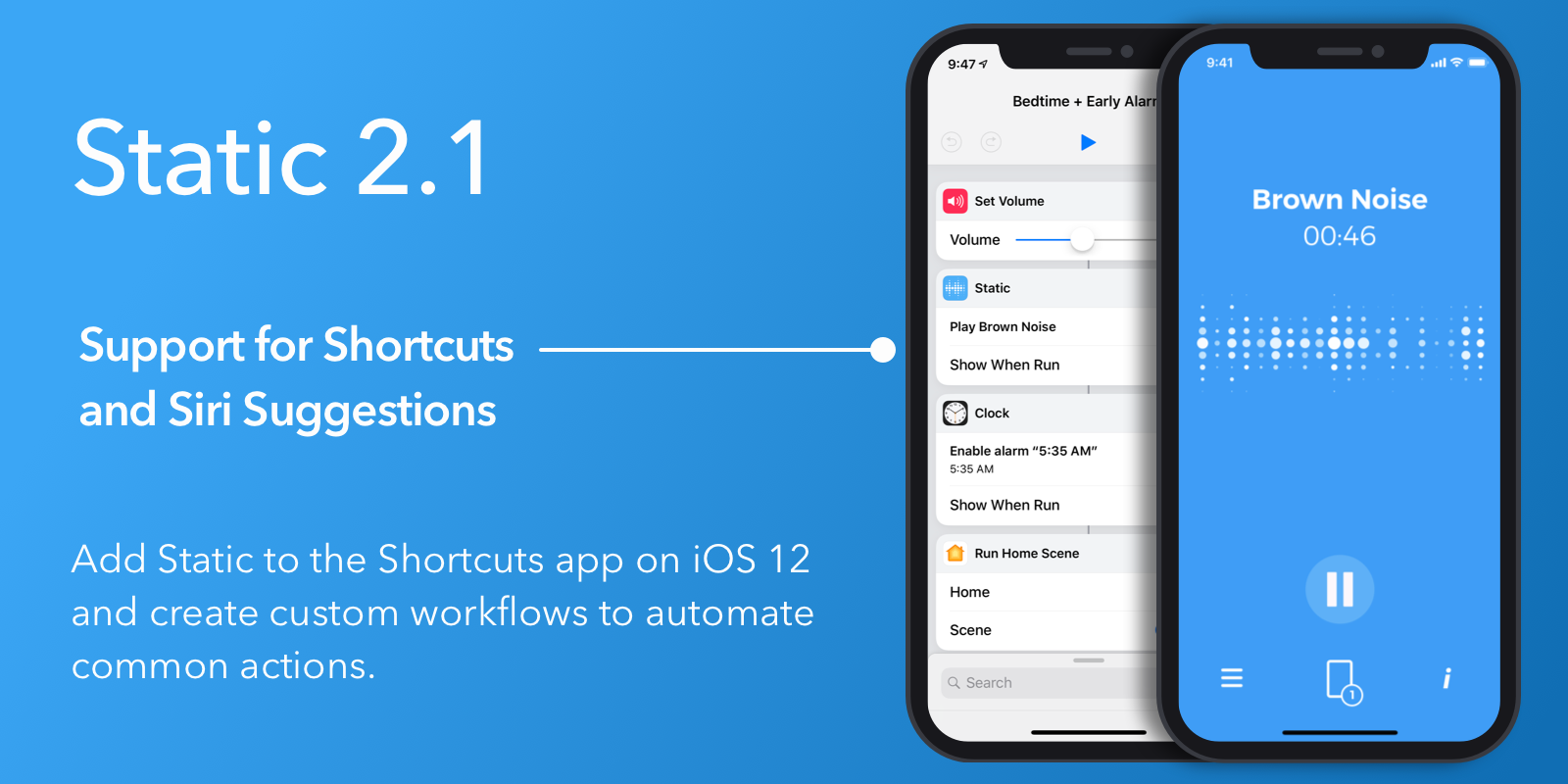 Along with the usual bug fixes and improvements, the biggest change in 2.1 is added support for Shortcuts and Siri Suggestions.

When Shortcuts were introduced during the WWDC Keynote back in June, my first though was about using them as part of HomeKit scenes and triggers.

My hope was to run certain actions on my phone when something happened in my house, like a door unlocking or a light turning on. I knew of Workflow, but had never really gotten serious about using the app for my daily routines - it always felt tedious to set up, and would require I choose specificly-supported apps[1]. My hope for how this might work turned out to be inaccurate, and I mostly ignored Shortcuts during the early betas.

However, my opinion changed later in the summer, as I saw Federico’s series on automation begin to highlight how other developers were exposing capabilities of their apps to the utility.

As momentum started picking up in the community, I decided to take another look at Shortcuts. I started with the Introduction to Siri Shortcuts session from WWDC. Since Static didn’t have support for User Activities, it made sense to work through my own progression of NSUserActivity donation initially, just like the WWDC session does. I would ultimately move to Intents-based shortcuts, since I really wanted to start playing audio from the background with INPlayMediaIntent.

With basic donations working, Siri was able to begin providing suggestions for times when it might be appropriate to start playing some white noise. 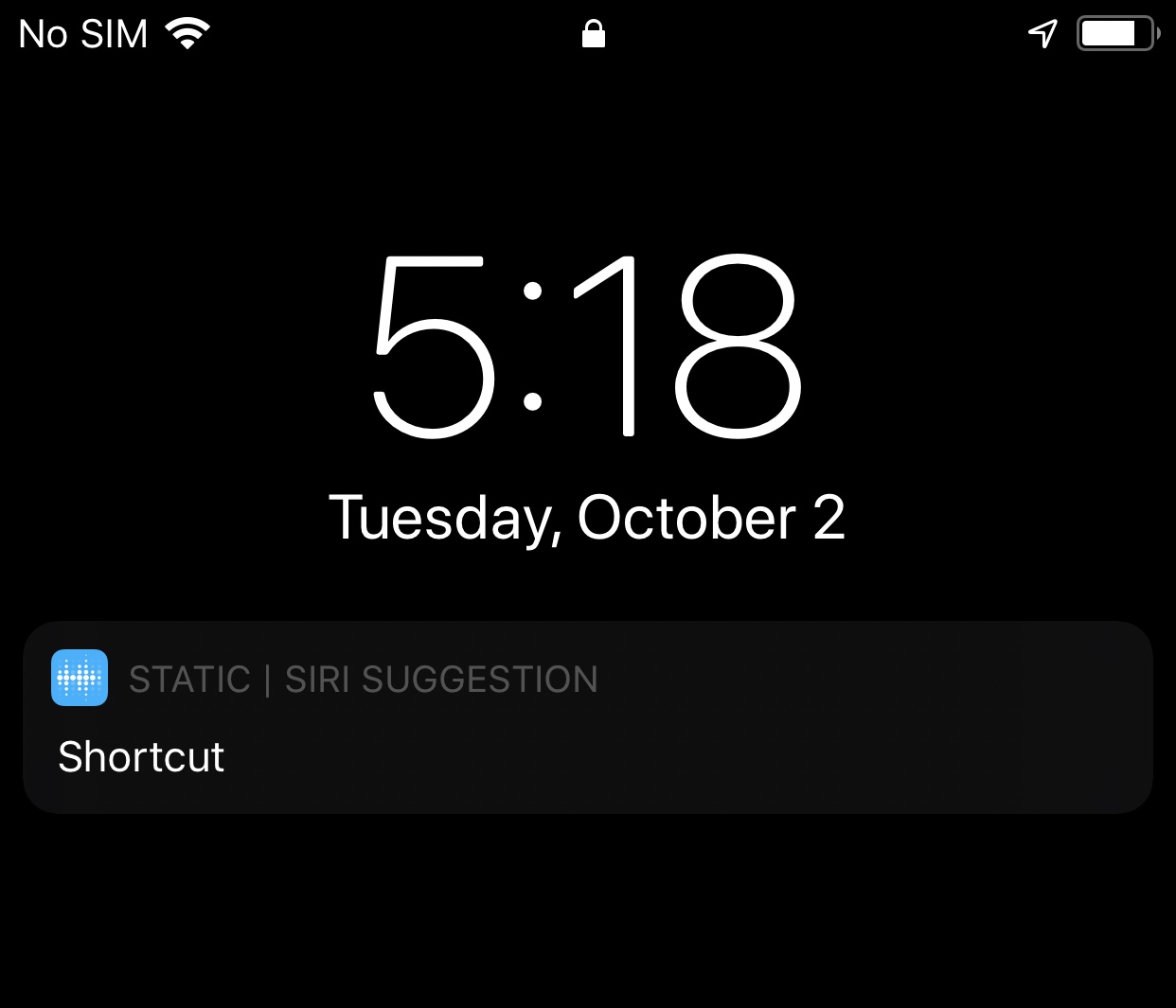 Once I had a handle on responding to user activites, the migration to intents was easy. The documentation for media intents was a bit sparse, but once I got things working, I ended up with a very simple implementation of Shortcuts support. Not bad for a codebase that started in 2012!

With this latest version of Static, I’m able to begin incorporating routines outside of my HomeKit scenes. In hindsight, my original hope for being able to trigger shortcuts from HomeKit would have been fairly limited. The reality is that being able to combine multiple apps into a shortcut and activate it from Siri, the Shortcuts widget, or even a HomePod gives an incredible amount of flexibility.

When I plug my phone in each night, I start playing Brown Noise with Static, trigger our “Good Night” HomeKit scene, and set my 5:35 alarm with a single swipe and tap on my “Bedtime + Early Alarm” shortcut. I’m excited to explore other routines I can combine as more apps add support for iOS 12’s new shortcuts capabilities.

Please consider trying Static. These new features are included for free, and the full app can be unlocked for only $0.99.